Jump to content
When posting in the Temporis section, please make sure to indicate which Temporis server you're playing on. 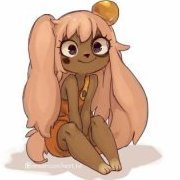