The quest for the bird of time, step bugged 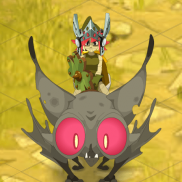